This conference at Enfield’s Dugdale Centre on Friday 8 April left me feeling both inspired and daunted – inspired because we were shown what is possible and already being done in the Netherlands – and daunted because Enfield has such a long way to go.

This post tries to give a taste of what was said at the conference. For more in-depth information, you can find links to each presentation here. You can also read a useful commentary here. 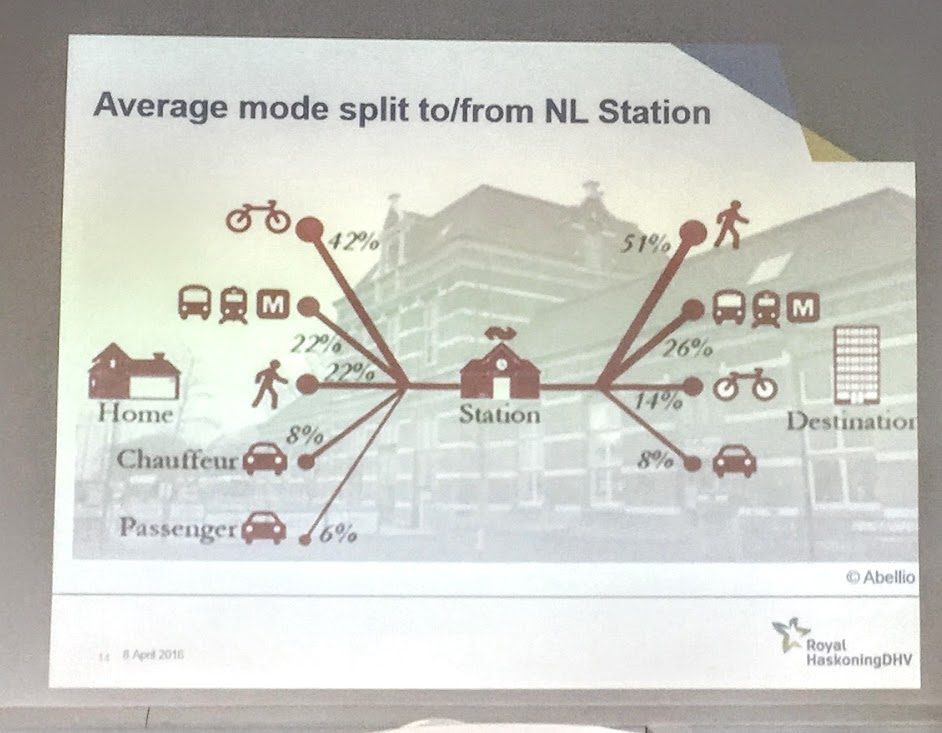 Andy Summers, Cycling Strategy and Planning Manager at Transport for London (TfL), talked about how the Mayor’s  Cycling Vision projects – including our Mini Holland here in Enfield – supports London’s growing population and its economic objectives. With the billions of journeys Londoners need to make every day, which are constantly increasing, cycling as a form of mass transit is essential to ease congestion on roads and public transport.

Frans Botma talked in detail about the economic benefits of cycling investment in the Hague, where he is Policy Advisor. Interestingly, closing their city centre to motor vehicles was one factor in boosting their local economy. As the centre became a more pleasant place for those on foot or bikes, shoppers’ dwell time increased and spending went up. Could this be significant for the proposal to remove traffic from Enfield Town centre? (N.B. disabled parking provided, and delivery vehicles allowed access from 6-11am).

Could this be significant for the proposal to remove traffic from Enfield Town centre?

Lucy Saunders, TfL’s public health specialist, described a new method for measuring how healthy our streets are: the Health Economic Assessment of Transport (HEAT). We don’t usually pay much attention on what effect the street layout has on our wellbeing, but adding features to slow traffic, help pedestrians cross the road and cyclists to be safe, providing places to sit and planting or attractive features like fountains makes a big difference to how we experience the street – especially for the most vulnerable. A baseline survey of Enfield’s streets showed low scores in some areas.

Audrey de Nazelle from Imperial College London explained the sources of our air pollution and its health impacts. (Did you know that the UK has the highest death rate in Europe from respiratory disease?) Road transport is a big culprit, causing 51% of the pollutant PM2.5 emissions in London. Switching more journeys from motor vehicles to bicycles is one clear way to tackle the problem, but the impacts are very difficult to measure. And while air pollution is a hazard for people riding bikes, the health benefits of cycling far, far outweigh the risks both of inhaling fumes and of accidents.

…the health benefits of cycling far, far outweigh the risks both of inhaling fumes and of accidents.

How good will Enfield’s cycling network be?

Brian Deegan, Principal Technical Planner at TfL, gave an appraisal of Enfield’s cycling network now (it is virtually non-existent, and only 0.7% of journeys are by bike) and how it could be when Cycle Enfield has finished the work. According to the Cycling Level of Standards (CLOS) assessment tool, parts of Enfield could score around 70% – comparable to the quality of the Danish network.

Another Dutch speaker, Peter Siemensma, is Transport Planner at Royal HaskoningDHV. He explained how commuting by bike and train can work together seamlessly – providing that stations have adaquate bike parking facilities. He calculated that for this to work in Enfield, each station would need nearly 400 bike parking spaces. That sounds like a lot, but the impact on the numbers of commuters no longer needing to drive could be significant.

Three workshops in the afternoon got delegates discussing the economic case for cycling; the health benefits of cycling; and increasing ‘mixed mode’ journeys in outer London boroughs (integrating cycling with bus, train etc.). The discussion stayed civil and productive in the workshop I attended despite a wide range of opinons!

In all, the day achieved a high standard of information dissemination – both in its quality and how it was presented – and the evidence for the benefits of investing in cycling was compelling. And not just for ‘cyclists’.

1 thought on “Cycling Towards a Better Enfield: Health, Business and Travel”