Do you know about ECC’s Easy Riders?

The March ride. It’s hard not to smile on bicycle – especially with your nearest and dearest, on a nice safe bike lane

Following March’s enjoyable family bike ride, where dozens of families turned up to celebrate and ride the new A105 bike lanes, we’ve been organising similar led rides on the last Saturday of every month from April to September.

Who are Easy Riders?

The idea of Easy Riders is to demonstrate some safe, easy routes in Enfield for all ages and abilities, including some of the brand new infrastructure, so that more people feel confident to ride them on their own. The rides have a leader, marshals and generally cover 5 – 8 miles at a gentle pace – and there is always a cafe at the halfway point for a decent cake-filled break! 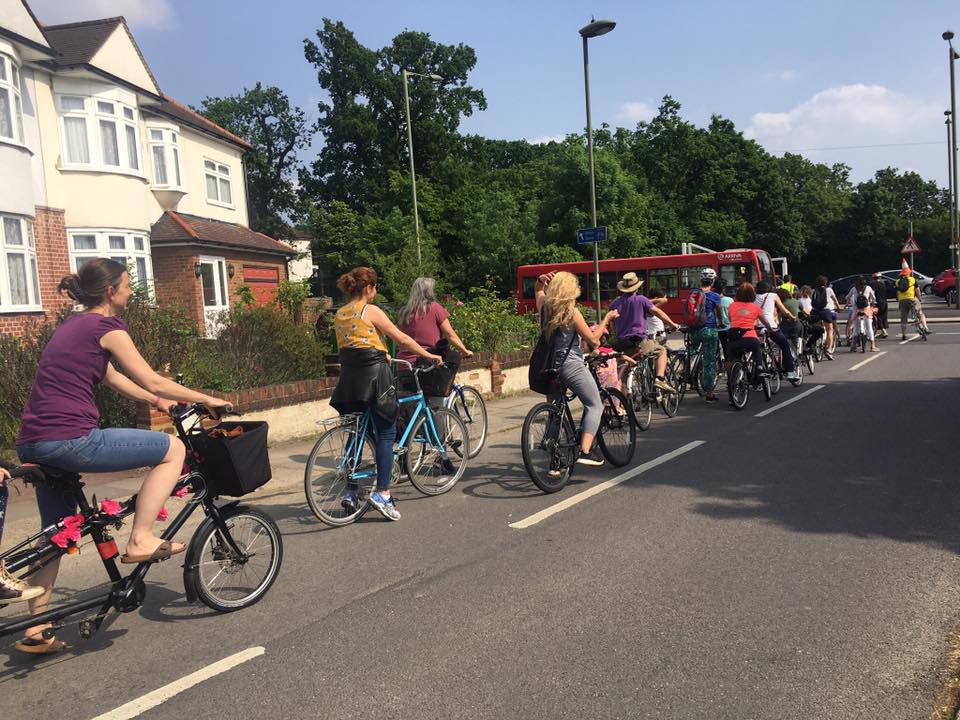 Relaxed, social riding – and it’s okay if you wobble a bit

What’s made each one of these rides so worthwhile is the people who’ve taken part. Sometimes nearly half of the group are children or young teenagers – women are generally in the majority – and there’s usually a few people who haven’t cycled in years. But the group simply rides at the pace of the slowest rider, and a ‘backstop’ brings up the rear to make sure no one gets left behind.

ECC Ride Coordinator Oliver has led several of the rides, finding routes that are quiet or traffic-free. He and his daughter are hard to miss at the front on their striking recumbent tandem. 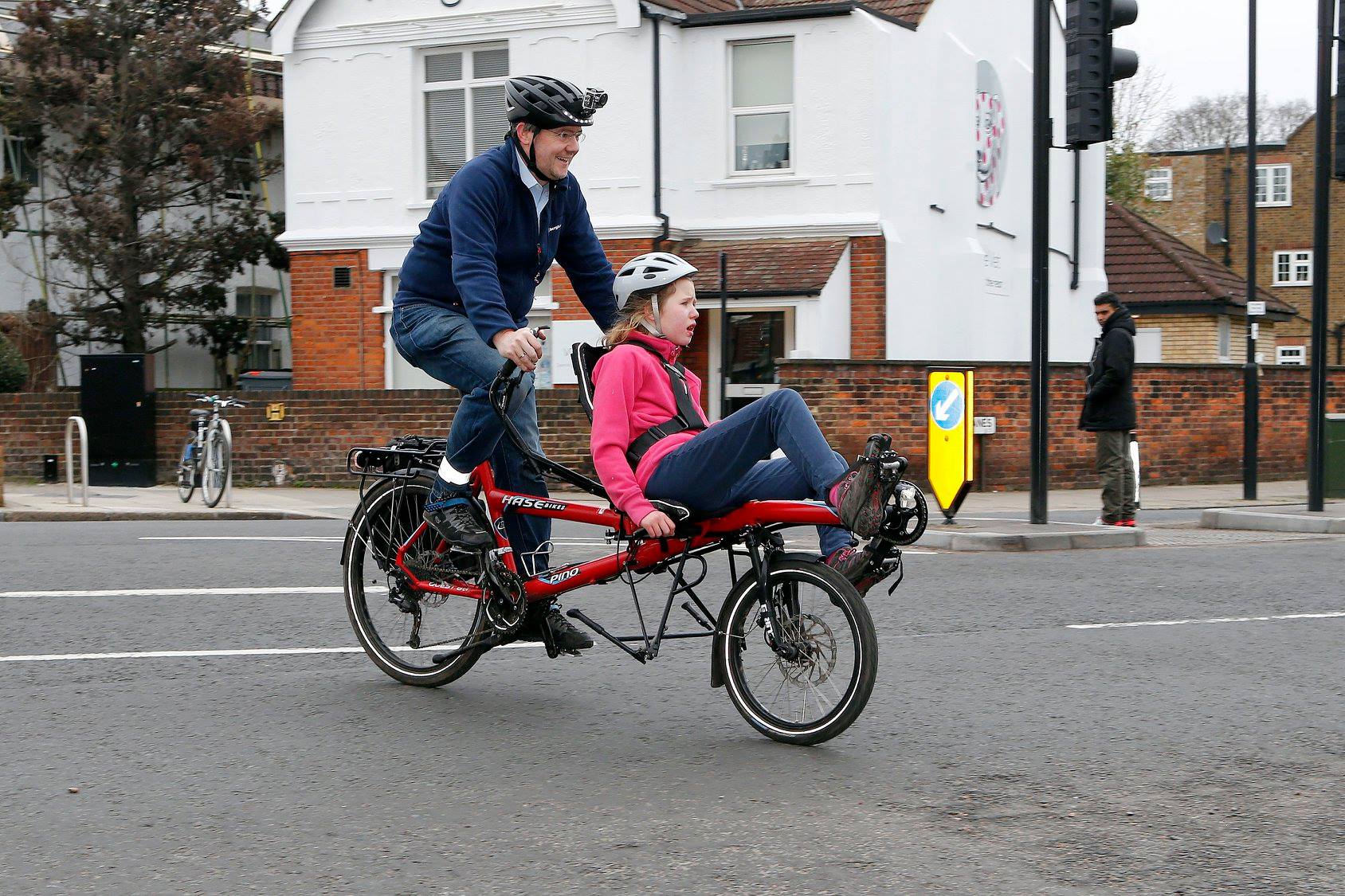 Oliver and daughter in action

What we’ve done so far

April saw a simple ride up the new A105 lanes, from outside Coffee Break in Winchmore Hill to Enfield Town park, via a clever backstreet link (Uvedale Road). 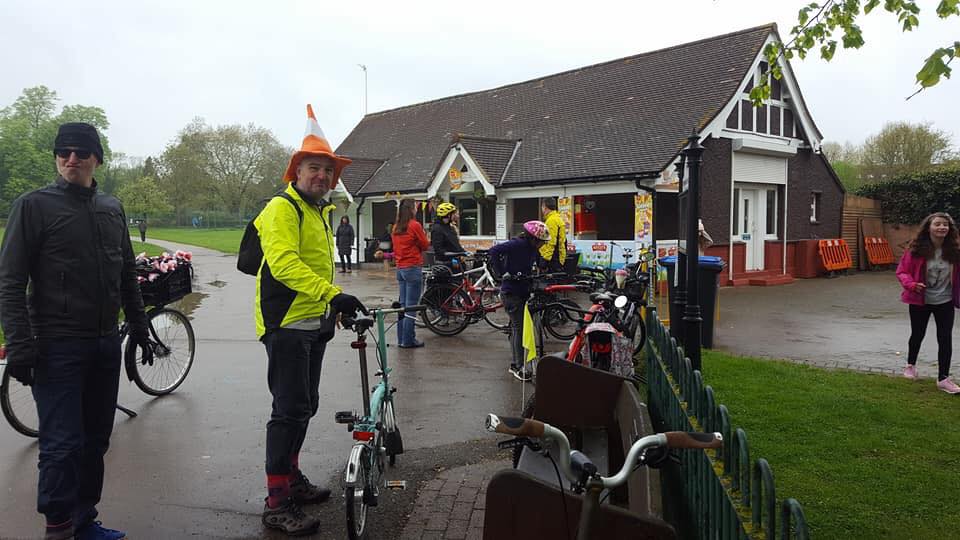 A slightly drizzly April day didn’t stop this being a great ride (stopping here at the cafe in Enfield Town Park). Lots of kids came on this one

In May we cycled from Broomfield Park to Oak Hill Park in East Barnet, taking in Arnos Park and some quiet roads and off-road paths on the way. 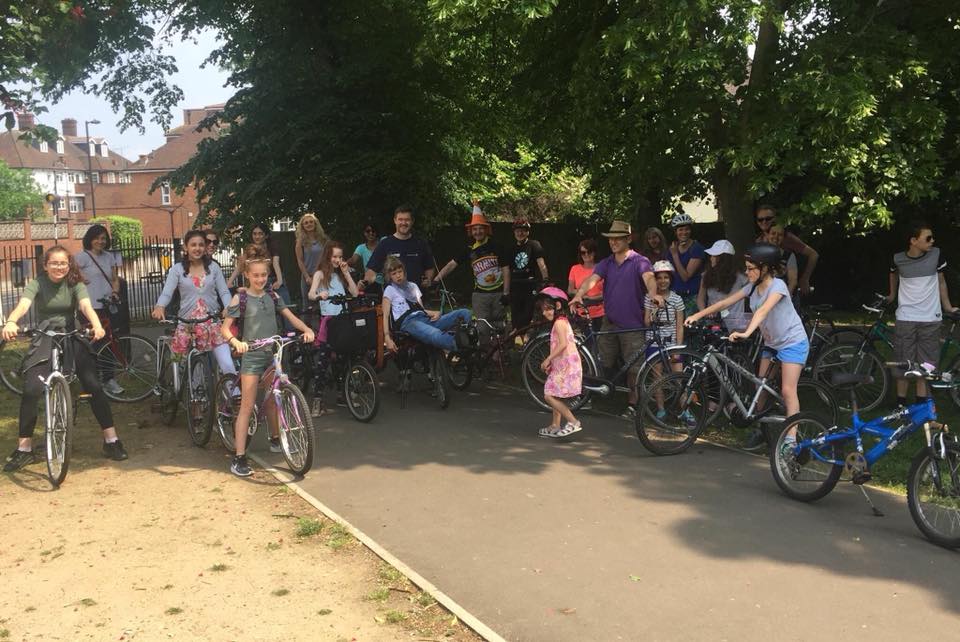 Our bikes included two tandems and a tagalong

For June we had the most adventurous (and arguably most fun) ride – all the way to the Lee Valley, via Edmonton Green, a flyover with a cycle lane on it, Ikea Edmonton and the towpath along the River Lea. We all survived the heat and enjoyed a well-deserved break at Marksfield Park cafe. 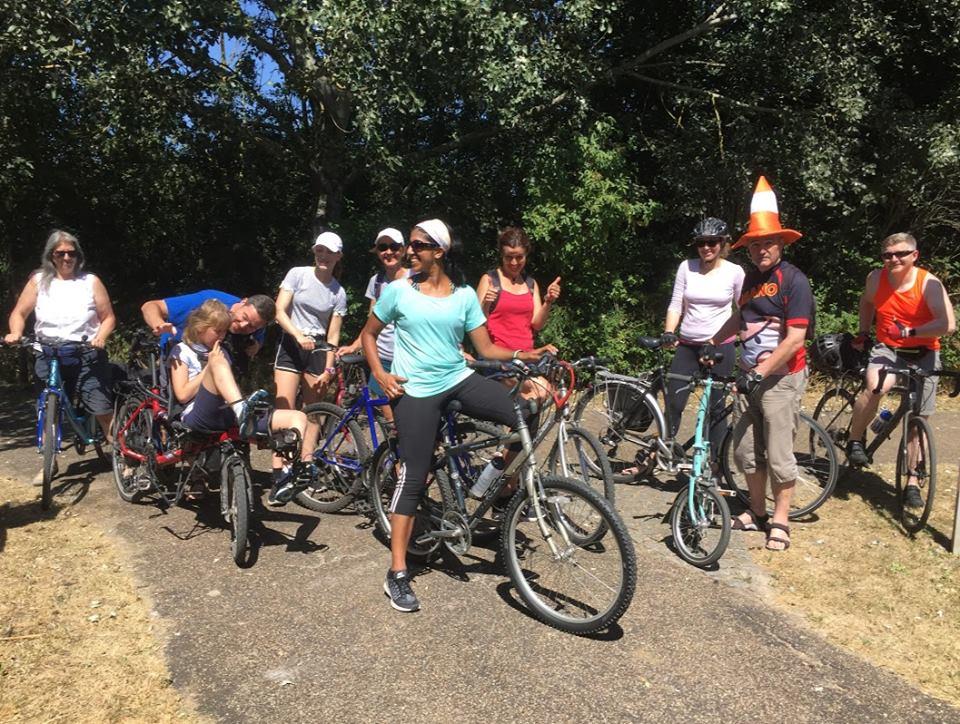 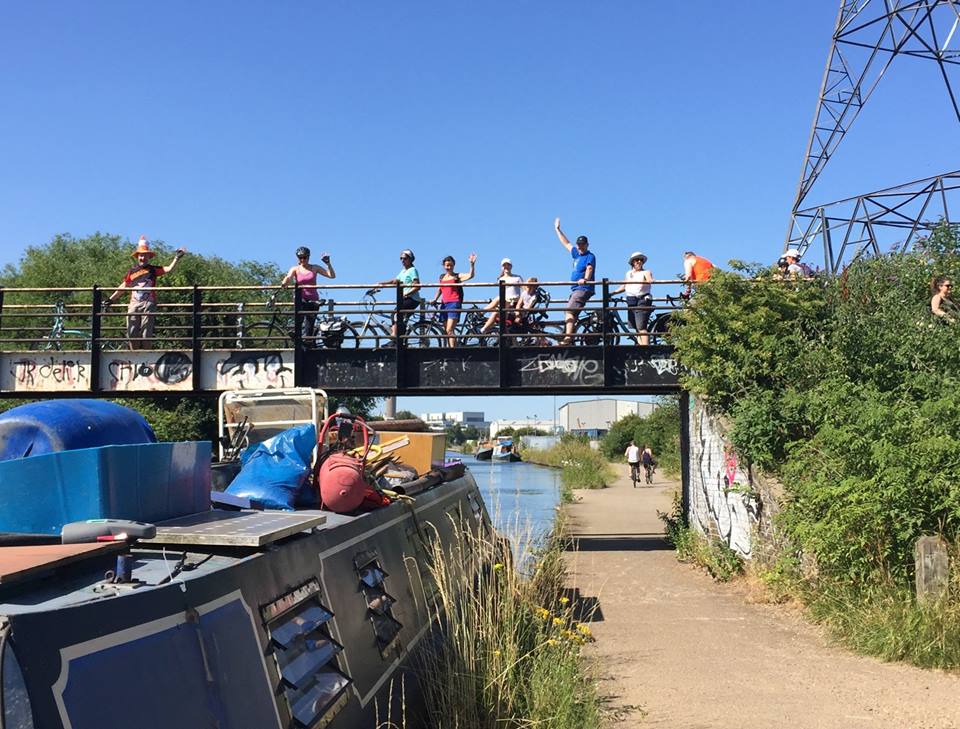 Instead of Easy Riders in July there was a led ride to join the legendary RideLondon FreeCycle event in the centre of town, where streets are closed for the day to allow traffic-free cycling. We’ll have a post on this shortly.

And as I write this, the August ride is taking place – from various pick-up points including Enfield Chase and Gordon Hill stations to the grounds of Forty Hall (and its café…).

Could this be you?

Feeling like you’ve missed out? There’s still the last ride of the year on Saturday 29 September – details will appear here. They are to be confirmed so check out http://enfieldcc.org.uk/events/cycle-club-rides/ nearer the time. We’ll also create an event on our Facebook page. All welcome  – no one is too unfit, too young, too old or too wobbly to join in 🙂